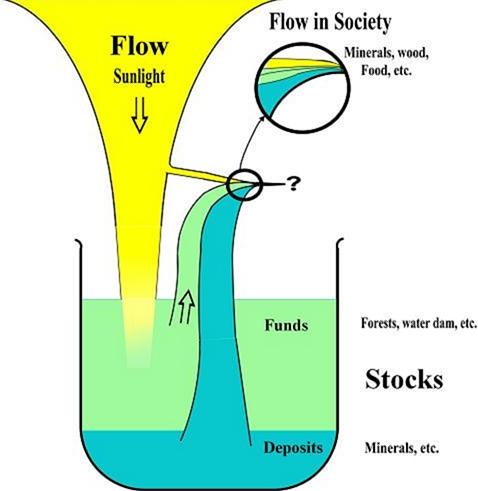 Someone asserts they need to be microfounded. Someone claims they are not brand-new models. Someone rejected them or abandoned their ‘brand’ because they are no longer the cutting edge of heterodox economics. Perhaps these people are right. Perhaps it is me that is always late. Yet, I still reckon that stock-flow consistent (SFC) models are one of the most versatile theoretical tools we ‘dissenting’ macroeconomists have got. Needless to say, the SCF approach is not a new macroeconomic theory. Rather, it is a modelling methodology deeply grounded in the post-Keynesian paradigm in economics. It was pioneered by James Tobin (1982) and has been developed by Wynne Godley, Marc Lavoie, Gennaro Zezza, and other heterodox macro- and monetary-economists, ever since. In short, SFC economists base their models on sound social matrixes or accounting frameworks that integrate financial flows of funds with cross-sector balance sheets. These frameworks provide a consistency check mechanism for hypotheses, while reducing the degrees of freedom of theoretical models. In addition, they allow SFC modelers to shed light on the relations between economic sectors and between social classes (Dos Santos 2006). Finally, they account for real-world dynamics, as variables are modelled in such a way they move ‘forward non-ergodically in historic time’ (Godley & Lavoie 2007). As pointed out by Dos Santos (2005), the method adopted by SFC modelers is made up by three steps:
1. Do the ‘cross-sector’ accounting, i.e. set up both the nominal balance sheets and the transactions-flow matrix of the economy.
2. Derive the macroeconomic identities, set the equilibrium conditions, and choose the relevant behavioural relationships between macroeconomic variables (through a set of difference or differential equations).
3. Run computer simulations to see how the endogenous variables of the model react to shocks to exogenous variables and parameter values.
Two points are worth stressing. First, the SFC methodology logically leads to question the concept of ‘natural equilibrium’ underpinning mainstream macroeconomics models. For it allows modelling the transition from one dynamic time position to another, thereby recognising that ‘the conditions under which this transition occurs may affect the final position of equilibrium’ (Lavoie 2006). Second, the SFC approach could be applied to different economic views. In principle, it would be possible to depart significantly also from assumptions (and findings) of standard post-Keynesian models. In a sense, that is what we are going to discuss in Leeds on next Wednesday (see the flyer below).
All Welcome! 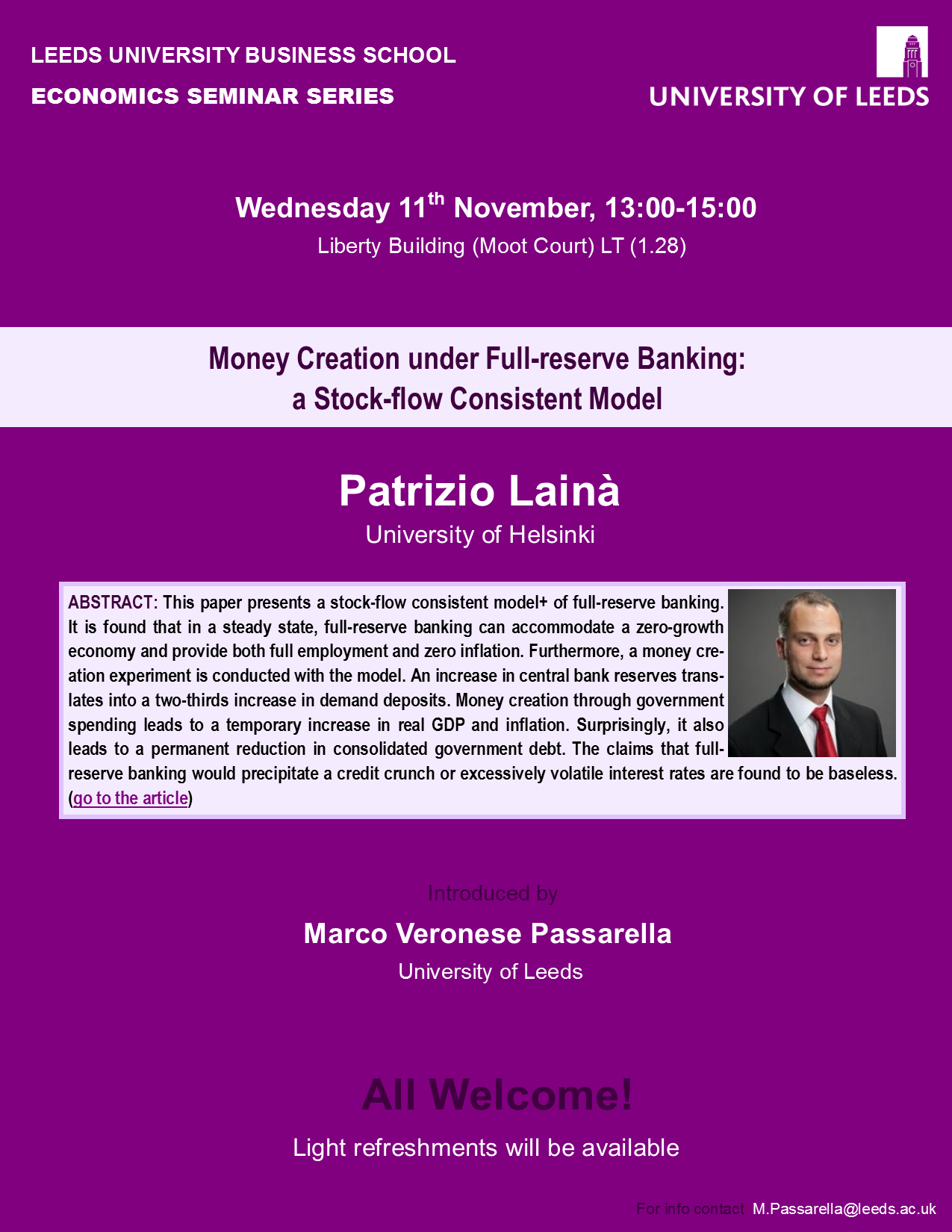